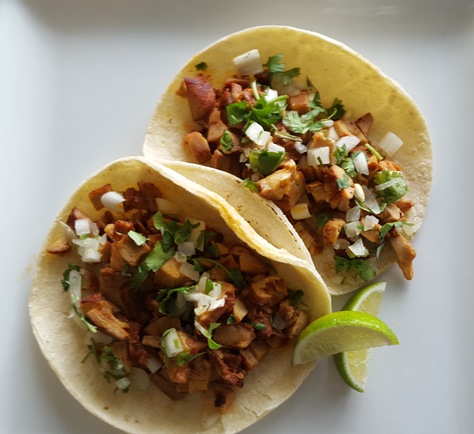 At Children’s Mercy Park, Sporting KC has the best food ever.

The mastermind behind it is the legendary executive chef Kevin Stenberg. He first started his career at the age of 15 where he was a baker at the famed Winkler Bakery in Winston-Salem, N.C., with artisan breads and pastries cooked in 200-plus year old beehive wood-fired ovens.

He had continued fine dining training in premier food and dining destinations and eventually opened his own concept in the region. Legends Hospitality recruited chef Stenberg to lead the culinary team and to direct food innovations at the new BB&T Ballpark in Winston-Salem, and appointed him as executive chef.

He is truly a mover and shaker in the culinary industry. He recently came here in February 2016. This move combined with the management team at Sporting Kc has made Children’s Mercy Park a culinary adventure as well.

This year the food is even better than it was in years past.

“We try to listen to what the fans want,” Stenberg said. “Our grilled cheese sandwich is our most popular.

“We always are striving for excellence and are constantly listening to what the fans want. This is based upon sales,” Stenberg said.

Several new things this year are a bourbon bar, and a wine bar where you get some of the best cheeses available, all reasonably priced.

For those of us who like soccer and fantastic food this is the place to go. It’s something the whole family can enjoy. See for yourself.

Don’t expect the state’s budget problems to go away soon.

At a forum tonight, an expert on the state’s budget was asked for his prediction on what might happen next. The state has dug itself into a hole after revenues declined when it cut income taxes, according to the speakers at a forum sponsored by the MainStream Coalition at the Matt Ross Community Center, Overland Park. With legislators on a break, forums like this are being presented to raise the public’s awareness on the state’s fiscal situation.

Duane Goossen, senior fellow of the Kansas Center for Economic Growth, answering the question about his prediction, said the state administration might choose the option to delay large cuts this year by waiting until the next fiscal year to pay into the pension fund. But that would just transfer the problem to the next fiscal year, when five payments instead of four would be due to the Kansas public employees retirement fund.

He said the areas most vulnerable in the budget would be public education, human service programs and public safety, because those are the main services provided by the general fund.

Goossen made one of the most interesting observations of the evening when he talked about the budget crisis’ effect on the future of the state. Kansas should be asking itself questions such as how to create world-class schools. Instead, because of the financial situation, all of the political effort is being spent on how to cut, he said, and there is no room for a future-oriented outlook.

The longer Kansas waits to fix its financial problems – caused by a lack of revenue from the income tax cuts – the more other states around it will keep advancing past Kansas, he believes.

About a year ago, Kansas faced an $800 million shortfall, according to Goossen. Kansas lawmakers made cuts and raised sales tax and cigarette tax, but it did not completely close the gap because revenues had fallen so much. Money was taken from other areas of state government, such as the transportation fund, to try to make up the shortfall.

They’re not finished, though. This year, the governor cut $17 million out of higher education between now and June 3. At least $31 million is still needed just for the state to slide by this fiscal year. He said the same situation is expected to play out in 2017.

Annie McKay, director of the Kansas Center for Economic Growth, said 330,000 businesses are exempt from paying income taxes under the Kansas experiment, and she said the plan to create jobs hasn’t worked. Less than 1 percent of small businesses saw enough revenue to create one job, she said. Instead, the tax burden has been shifted to the rest of the taxpayers, she said.

Instead of changing directions when it appeared that the plan wasn’t working, the administration doubled down and tripled down on it, she said.

Rep. Kathy Wolfe Moore, D-36th Dist., who spoke at the forum, said while businesses would change directions if this sort of thing happened to them, in this case, the administration isn’t changing directions. “The captain is willing to go down with the ship,” she said.

She said she believed the Kansas experiment has been extremely damaging to schools, also to mental health, to early childhood care, and to jobs they provide.

About the only solution would be to elect people in the upcoming election who would change these policies, she said. And according to the experts, it would probably take at least a year to make changes even if a more moderate Legislature was elected.

Mike Taylor, who was moderator of this program, said although the tax cut programs were promoted as a way to draw more businesses to locate in Kansas and to create more jobs here, perhaps they also were a way to starve the government and downsize it.

Rep. Wolfe Moore said it may be starving the government to the point where it is no longer efficient. She said in a legislative committee last year, legislators found out that so many employees had been cut in one state department that there were not enough people to open a stack of envelopes that had checks in them.

McKay talked about funds being swept from the transportation department, and also from tobacco settlement funds that were supposed to go to early childhood education. While one could always go back and repair roads in the future, the state won’t get the chance to go back and redo education for children, she said.

She said the property tax lid is the wrong thing to do, but she fears it will pass this year and hurt local communities. The tax lid does not allow for changes such as population growth and community growth, she said. Legislators heard testimony from small communities that unforeseen things happen sometimes, and that they need the flexibility to make changes.

McKay said that asking what’s the tipping point for the Legislature or governor is asking the wrong question, because they will go down with the ship.

The right question, she said, is what’s the tipping point for Kansans.

Ten years after opening its doors at Legends Outlets, the only area Converse outlet store will move from its current location at the east end of Kansas City’s shopping center to a larger, 2,887-square-foot retail space at the west end of the center.

The new location will feature a wider selection of Converse sneakers for adults and kids, including the brand’s iconic Chuck Taylor All Stars, as well as apparel and accessories.

Converse will officially reopen on Saturday, April 2, in its new, expanded location between Under Armour and Gamestop at 1843 Village West Parkway, Suite C-107. It is in a space formerly occupied by Cole Haan.

Events include:
• Live entertainment featuring an in-store DJ from 1 to 5 p.m. April 2-3.
• Hourly $25 Converse gift card giveaways from 1 to 5 p.m. April 2-3. Winners must be present. No purchase necessary.
• Buy one get one 50 percent off Converse sneakers, from April 2 to 30, on select styles. Second item must be of equal or lesser value. Excludes Chuck Taylor All Star Sneakers in core classic colors.