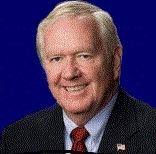 -Schools are allowed to levy up to eight mills of property tax to fund their capital outlay needs. They include purchases like: buses, building repair, furniture, certain equipment.

-Equalization is a process that sets out to equalize the difference in money collected between school districts.

A sales tax holiday for Kansas?

A House committee narrowly approved a bill last week to allow Kansas to hold a sales tax holiday similar to the one currently held in Missouri prior to the start of the school year in August.

The first holiday would occur in 2015.

The measure was being considered by the House Taxation Committee and now moves to the full House for action.

The holiday would occur on the first Thursday in August at 12:01 a.m. and end at midnight on the following Sunday.

While this would save consumers money, the state and local government would lose revenue.

The Department of Revenue estimates the holiday would decrease state revenues by $5.47 million in FY 2015.

This bill also is estimated to decrease local revenues by $1.37 million in FY 2015.

How much do students know about balancing a checkbook or making a household budget or even getting a car loan?

It’s called financial literacy and the Kansas House wants to make sure students have a lot better knowledge of the subject.

HB 2475 was approved by the House Wednesday March 19 and would require school districts to add more personal financial literacy to the curriculum at all grade levels within the existing mathematics curriculum or other appropriate subjects.

It also would require training in a firm professional handshake, an amendment added to the bill on the floor of the House.

A compromise bill that would provide health insurance coverage to Kansas children with autism was approved Friday, March 21 by the Kansas House.

he bill, HB 2744, was the product of lengthy negotiations with the state’s health insurance industry. The vote was 114 to 3. The measure now moves to the Senate for consideration.

Senate Bill 335 would require the board of education of each public school district to adopt policies and procedures for a drug screening program.

The screening program would be based on reasonable suspicion of illegal drug use by any employee.

An amendment added to the bill on the floor of the Senate would require drug screening for member of the Legislature as well.

Any school employee who tested positive for the illegal use of drugs would be permitted to request that the specimen be tested in an additional facility, in which case the employee would be required to pay the cost of the additional screening.

It would prohibit any action taken against an employee as a result of a positive drug test unless the employee has tested positive during two consecutive screenings of the same specimen.

However, a school district would be permitted to take disciplinary action against an employee if the employee initially tests positive and does not request a second screening.

The fee puts home and business buyers who have to finance their purchases at an unfair disadvantage to cash buyers who don’t use traditional mortgages, as well as those using Farm Credit services.

The measure will now be considered by the Kansas House of Representatives.